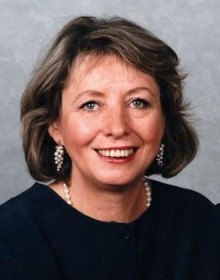 Eve was born in the mining town of Hemsworth, in Yorkshire, in 1944, moving to Bradford in early childhood. From 1955 to 1959, she attended St Joseph’s College, Bradford, leaving at 15 without qualifications. Eve has two sons, Sean and Nigel.

In the early 1970s she became involved in the women’s liberation movement and in 1971 secured a place as a mature student to read sociology at the University of Bradford, graduating in 1975. In the same year, she moved to Birmingham as a research student at the University of Birmingham’s Centre for Contemporary Cultural Studies.

From 1977 to 1980 she taught sociology and social policy in various institutions (including Bournville and Worcester Colleges) and from 1980 to 1983 was employed as a casework coordinator at the Birmingham Tribunal Unit, defending claimants against the benefits system. In 1984 she took up a two year research fellowship in the financial conditions of patients in mental hospitals.

In 1982 Eve began her long campaign to win the Moseley council seat for Labour, finally succeeding on the fourth attempt in 1986. As Councillor, she led the successful campaign to defeat the proposal to build an expressway through Moseley and Kings Heath.

Her major committees were Planning and Social Services, of which she was chair from 1993 to 1997. Eve also chaired the governors of Queensbridge School and the Birmingham Conservation Trust; she was a member of the West Midlands Transport Authority, a director of the Midlands Arts Centre, and an Associate Director of the Birmingham Women’s Hospital.

Eve contributed to a number of books and pamphlets, including On Ideology (1978), and was joint editor (with Ann Davis) of Women, Social Work and Family (Tavistock press, 1983). In 1997 she completed her first detective novel, The Secret Parts, which was adapted for radio by her husband David Edgar and broadcast by Radio Four (starring Celia Imrie) in May, 2000.