The Fund raises nearly all its money through individual donations, standing orders and fundraising events.

Here is a list of our fundraising activities over the last few years. Please join us in future events.

It was a good year for fundraising. We held three events during the year (see below) and these raised £5,156.

Our first event was our annual Curry Night on 20 April at the Spice Merchant-Pangaea in Kings Heath. This was our third such event and our best! Thanks to the bigger restaurant, and our hosts Abid and Nasser, we had 90 guests and raised a grand total of £1500! The food was as great as ever and we had a very successful raffle which raised over £500. Thank you to everyone that came. Make sure you come next year as well.

Our Summer Party was a great success again. We held it on 20 June and, for the second year, we had perfect weather and we were in the garden all night eating fantastic barbecue food. For the first time we had a laying jazz band  for much of the evening, thanks to Phil Smith (one of our fundraising group) and his fellow band members.. We raised just over £1800 during the evening. We were really pleased to welcome three of our beneficiaries to the event. Great fun and we’ll do it again! 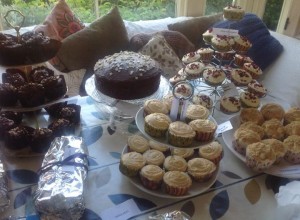 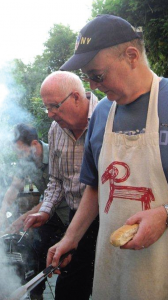 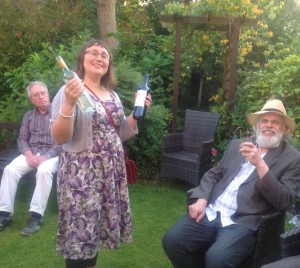 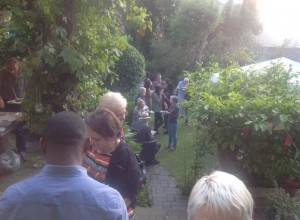 Our final event was the annual Christmas Quiz  A great event as ever. We attracted 26 quiz teams of 6 to the All Services Club in Moseley. Our quiz master, Mike Nichols (alias David Edgar (another one!)), was brilliant and the evening was very enjoyable. Moreover, we raised £1856 during the evening. 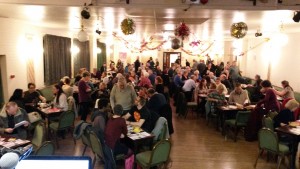 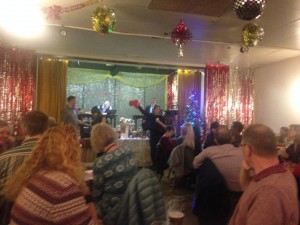 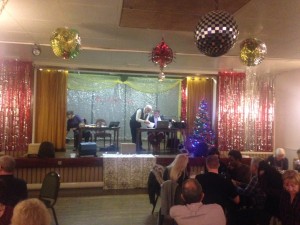 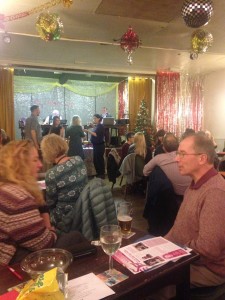 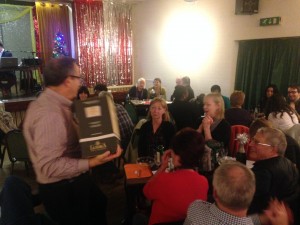 Samson Daniel, one of our beneficiaries, achieved a first class honours degree in Mechanical Engineering from Birmingham City University. To celebrate the occasion we had a meal in the Mailbox and a great time was had by all. Good luck Samson!

We held a very successful Curry Evening at the Spice Merchant restaurant in Kings Heath. We sold 75 tickets at £20 each, with £10 per ticket donated by the restaurant to the Fund. We would like to thank Abid and his staff for providing such wonderful food and hospitality. We held a very successful raffle at the event and in total we raised £1100 for the Fund. It was a good evening and we hope to hold the event next year. Book early to avoid disappointment!

Our Summer Party was a great success. Held on Midsummer’s night eve with perfect weather we were in the garden all night eating fantastic barbecue food. We had 70 paying guests and managed to raise just over £2000 during the evening. We were really pleased to welcome four of our beneficiaries to the event. Great fun and a great result financially!

The annual Christmas Quiz was a huge success this year. We attracted 26 quiz teams of 6 to our new, and excellent venue, at the All Services Club in Moseley. Our new quiz master, Mike Nichols (alias David Edgar (another one!)), was brilliant and the evening was very enjoyable. Moreover, we raised £1849 during the evening, our best performance so far for a quiz. 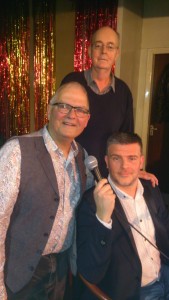 The final fundraising event of the year was the Kings Heath Holly Ball. This was a fabulous event organised by the Kings Heath Centre Partnership and held in Highbury Hall on 14 December, in aid of the Eve Brook Scholarship Fund. The posh flock event event included a three course meal in the grand dining room of Highbury Hall, a raffle and charity auction and live music with lots of dancing. We were entertained by The Glamaphones and Peaky Blinders. It was a wonderful evening and it raised nearly £1000 for the Charity. The Fund is very grateful to the Kings Heath Centre Partnership for their support

In October we benefited from an event organised at the Kitchen Garden Cafe in Kings Heath. The event, the ABC of Canadian Music, inolved three Canadian folk singers – Cara Luft, Brandy Zdan and Awna Teixeira – entertaining us and contributing some of their takings. It was a great evening preceded by a tappas meal at Fletcher’s Bar. The Fund is grateful to Colin Nimmo for organising the event.

On 13th April we held another of our special Curry Evenings. This one was held at the Spice Merchant restaurant in Kings Heath. The owner was kind enough to donate £10 of every £20 ticket sold to the Eve Brook Scholarship Fund. For £20 we had a wonderful 2 course meal. We packed out the restaurant with 70 paying guests, a number from Birmingham City Council’s Children and Family Services. We had a great time, and with a very successful raffle we raised £1000 during the evening.

In the summer one of our team of fundraisers, Carol Austin, ran the Virgin London Marathon. She did it in record time and she raised £785 for the Fund. Well done Carol – and thanks!

On 30th November 56 people packed Flectcher’s Bar and then the Kitchen Garden Cafe restaurant in Kings Heath for a fundraising dinner organised by Peter and Pat Bailey of Moseley and Kings Heath Labour Party. The event was hosted by Birmingham City Councillor Lisa Trickett, the first woman Labour councillor to represent Moseley and Kings Heath since Eve Brook. The dinner was addressed by Lisa and Eve Brook Fund chair David Edgar and David Esset, a Fund beneficiary who has just started an MSc in Mechanical Engineering at the University of Warwick, part funded by EBSF. We raised £1258 to help Birmingham care leavers go to University.

The annual Christmas Quiz was a great success and raised nearly £1300. We held the event at the New Billesley pub in Kings Heath and attracted 21 teams of six players. The Moseley in Bloom team, Budding Geniuses, won this year. The quizmaster was actor and comedian Ian Billings. It was a great evening which attracted a lot of new supporters as well as our regulars. Look out for next year’s dates!

The Graduation celebration is described elsewhere on this web site.

We have held a series of Midsummer events rather than a large midsummer garden party as in recent years. Weather has not been kind to us in the past!

Carol Austin completed the Paris Marathon and raised £1450 in sponsorship

Cheryl Hopkins donated her leaving fund to the Fund, raising £275

The Fund has had a number of events since it began in 1998 but of special note is the event held in 2005 which was an exhibition to celebrate the work of Charlene Clempson held at the International Convention Centre. The event was opened by Birmingham Lord Mayor, Councillor Mike Sharpe. Eleven of Charlene’s paintings, drawings, prints and collages were sold.